The original seeds were planted for the Arcadia Chamber of Commerce more than a century ago, only 11 years after Arcadia was incorporated as a city in 1903. But it would be several decades before the organization would take official form and decades more would pass before it grew to its current size.

Here Is How It All Started:

The roots of the Arcadia Chamber of Commerce stretch back to April 1914 with a group called the Arcadia Board of Trade.

The group of 28 men who formed the Board of Trade are said to have been sparked by the spirited women of the Cooperative Arcadians (later called The Woman’s Club) to form this civic promotional organization. Each charter member paid a $1 initiation fee and monthly dues of 25-cents to be paid quarterly. 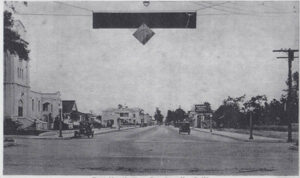 Three years later the first group calling itself the Chamber of Commerce was formed on Sept. 19, 1921. During the 1920s and 1930s, the Chamber absorbed the members of several other local business organizations, including the Arcadia Service Association and the Arcadia Business Men’s Association.

More than a decade after forming the Chamber, articles of incorporation and bylaws were submitted during a December 1933 meeting at city offices, and the Chamber finally became official with its incorporation on July 16, 1934. 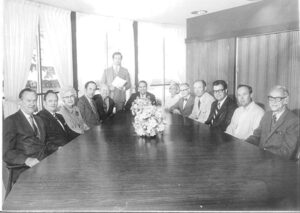 With the demise of the famous Red Line electric railway, land became available in the median of Huntington Dr., on which was built a headquarters for the Chamber in 1964. The new, round Arcadia Chamber of Commerce building became the geographic and civic hub of the City.

The Chamber had its own Women’s Division for many years, which sponsored the Annual Youth Safety Run in the 1960s and 1970s. 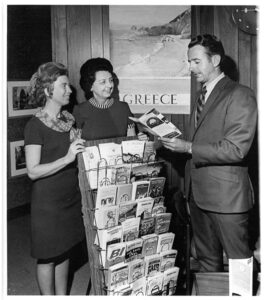 When the Arcadia Tournament of Roses Association was dissolved in 1999, its assets, including an annual Wine Shed Mixer fundraiser at Santa Anita Park, also sometimes subtitled A Taste of Arcadia, were turned over to the Chamber.

The Chamber continued the food and wine event at Santa Anita for a few years under various names, including the Festival of Food, before moving it to the L.A. County Arboretum several years later and adopting the name Taste of Arcadia. It has become the Chamber’s biggest annual fundraiser. About 1,600 people attend each year. 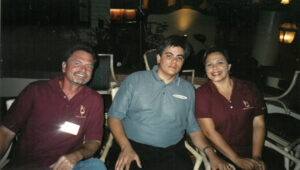 The Arcadia Chamber has continued to support businesses in the City of Arcadia from its founding in 1921, all the way to 2021, and will continue to do so for years to come. 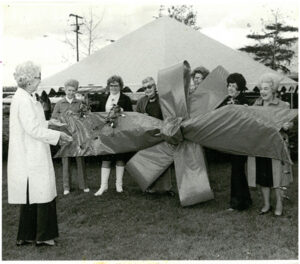